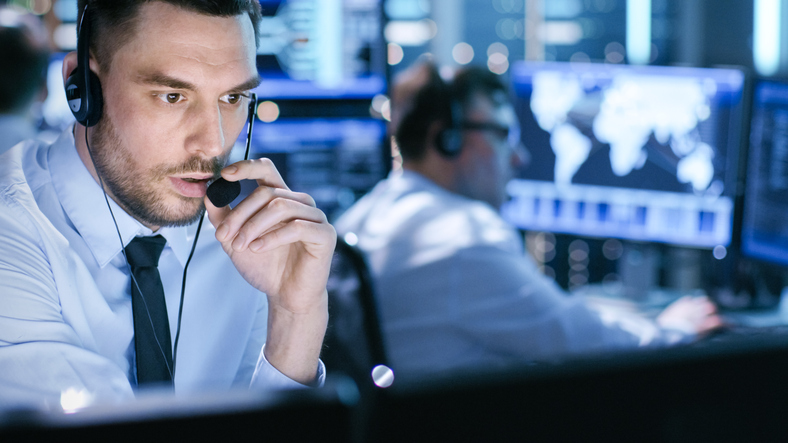 It’s the call you pray you never get: “Someone’s shooting up the school…” … the actual words spoken to a 911 operator during the recent Parkland, Florida school shooting. But as the frightening phenomenon becomes all too common, it’s a call every 911 operator needs to be prepared for.

Active shooter training is something emergency dispatch centers take very seriously. So much so that exercises are developed from actual recent active shooter incidents, following the same timelines and incorporating the same kind of spotty details dispatchers get from panicked callers as these chaotic incidents unfold.

These five tragic incidents are hard to read about. Together, they resulted in the deaths of 59 victims and another 48 people being injured. You can never fully prepare for the emotions you’ll experience if a call like this comes in, but as an emergency dispatcher worth your salt you’ll need to be well-prepared to ensure your emotional response doesn’t get in the way of doing your job effectively. 911 dispatch centers throughout the country have created mock exercises around these five active shooter incidences to do just that.

The national conversation about gun violence came into sharp focus in the wake of the tragic events that took place at Stoneman Douglas High School in February of 2018. The killing of 17 people and wounding of 17 others prompted changes in legislation and a march on Washington.

The high death toll lead to the incident getting a lot of media attention and sparked a more urgent and impassioned national debate than many other similar events, something that is partly attributed to the heart-wrenching emergency call recordings released by the local authorities.

“Shot, shot, shot. Mom. God.” …. That was a text message one mother read aloud to a 911 dispatcher over the phone. On speaker phone with a dispatcher and her daughter at the school, another mother told her daughter to play dead if she heard shots. For many people at the school their first call was to emergency services. But for many others, their first call was to their parents.

This is the very thing that can cause emergency dispatch centers to be deluged with calls in mere minutes during an active shooting event: calls come in from those at the school, at the same time parents and other panicked loved ones call in to relay the little bits of information they’re getting from kids and teachers at the scene. In the Parkland incident, 81 people called 9-1-1 in the first few moments after the shooting began.

“It truly was just terrifying in every aspect, and your heart breaks for everybody… every line we had was ringing.” That’s how 911 dispatcher Maranda Hanson described the day she answered hundreds of calls that came in about Marshall County High School shooting in Benton, Kentucky.

One morning in January of 2018 a 15-year-old student shot 16 people at his high school, killing two. He would later say his motives were to see how people responded, and that he was curious what prison was like. He said his life had no meaning and neither did anyone else’s.

The 911 operators working the phones that day saw things differently. The 12 minutes it took to guide police to the shooter and ambulances to the students seemed like an eternity. To make matters even worse, Hanson’s daughter attended the high school. She’d been sick the day before, and because Hanson went in to work early that morning, she didn’t know if her daughter had remained home for a second day. Later she found out she had.

After the experience Hanson said she had to force herself to go back to work the next day, because if she didn’t she wasn’t sure she ever could again.

The deadliest mass shooting in Oregon’s modern history occurred in October 2015 when a student at Umpqua Community College opened fire, killing nine and eventually himself after wounding eight others. The first calls provided details about a man shooting into school windows from outside. During the ensuring rampage he made students beg for their lives and asked what religion they were.

That day, police dispatchers fielded calls and communicated with law enforcement for 10 intense minutes until the shooter was taken out. Dispatchers were able to guide police to the scene within six minutes after the first 911 call was received. A shootout ensued where police wounded the suspect, who then took his own life.

At one point upon witnessing the casualties, an officer radioed the dispatcher with instructions to send as many ambulances to the school as possible.

The deadliest school shooting since Sandy Hook occurred in the small community of Marysville in Washington State in October of 2014. A 15-year-old student planned to ambush a group of his own friends at lunch, one of whom was a girl who reportedly turned him down for a date. Minutes before his attack took place he sent a group text message to his relatives apologizing for the crime he was about to commit. One of the recipients of that message may have been the first person to call 9-1-1, a call that showed up on dispatchers’ screens as an anonymous cell phone.

Within a few minutes of dispatchers receiving the first emergency call the school resource officer had already confirmed there had been a school shooting. He found victims around a lunch table, and soon identified that one of them was the shooter, who by that time had already taken his own life.

Even though it appeared the active shooter situation had ended, dispatchers still continued to field calls coming in from multiple witnesses and concerned loved ones, while also directing ambulances and helping to coordinate a classroom-by-classroom search for any other possible perpetrators. Altogether this effort took two hours and more than 100 people were identified as witnesses.

The Columbine school shooting rocked the nation in 1999. The issue of school shootings wouldn’t be as prominently in the national headlines again until 13 years later with the infamous Sandy Hook incident in Newtown, Connecticut. After killing his mother at home, the perpetrator in this incident drove to the elementary school and killed 20 young students between the ages of six and seven, as well as six school staff, and wounded two others.

911 dispatchers got the first call at 9:35am and alerted police and EMS. Four minutes later law enforcement arrived on the scene. Just one minute later officers would hear what would later be determined to be the perpetrator’s suicide shot. But at the time dispatchers and law enforcement didn’t know how many shooters there were, or if they were still active. They continued to assist in coordinating law enforcement and the emergency response over what seemed like an eternity.

That day there were only two dispatchers and one supervisor at the main public safety answering point (PSAP) that serves the small town of Newtown. Maureen Will, the director of that PSAP, later said, “No one should ever have to experience what we went through that day, and what we continued to feel in the days, months and years that followed.”

Nevertheless, the three people on duty that morning at the PSAP were able to marshal an emergency response during the most critical part of that tragic event.