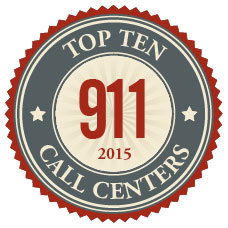 Every man, woman and child in the United States and Canada will dial 911 at least twice in their lifetime on average. Whether faced with a large-scale emergency situation in the wake of a natural disaster or simply reporting a property crime, the only thing that connects people to the emergency fire, police and EMS assistance they need are the dedicated 911 dispatchers working in emergency call centers across the nation.

The nation’s 911 dispatchers work tirelessly behind the scenes to form the critical link that America’s emergency response networks rely on to ensure assistance is always there when we need it. Here at 911DispatcherEDU.org, we wanted to recognize the exceptional work these emergency dispatch centers do to keep us safe.

Selecting from the countless emergency dispatch centers that help save lives and protect property every day proved to be a challenge for us since we have tremendous respect for the work being done at all the public safety answering points nationwide. Looking at factors like national awards, individual dispatcher recognition and outstanding performance in the midst of large-scale emergencies, the editorial staff here at 911DispatcherEDU.org put together this list of centers we felt went above and beyond to provide outstanding service.

Robert Martin, executive director of the National Academy of Emergency Medical Dispatch once referred to Clark Regional Emergency Services Agency (CRESA) operating in southwest Washington as one of the best emergency dispatch centers in the nation. CRESA serves all of Clark County (including Battle Ground, Camas, La Center, Ridgefield, Vancouver, Washougal, Yacolt) as well as the city of Woodland in Cowlitz County. CRESA is also the location of the Region IV Homeland Security Office, which coordinates Homeland Security efforts within Clark, Cowlitz, Skamania and Wahkiakum Counties.

CRESA was among the first emergency communication centers to be accredited by the Academy of Emergency Medical Dispatch back in 1993. More recently, in 2013 CRESA earned the Association of Public-Safety Communications Officials (APCO) Project 33 certification, and in 2014 received its 5th accreditation through the Commission on Accreditation for Law Enforcement Agencies (CALEA).

When granting accreditation, the Academy recognized CRESA for continuously coaching to ensure dispatchers follow protocol and for outstanding initial training, performance assessment, continuing education, and compensation for the center’s dispatchers.

Chagrin Valley Dispatch prides itself on ensuring safe and effective emergancy services are available to all residents of Cuyahoga County when they need it. According to Cuyahoga County Councilman Michael J. Gallagher, the 911 Leadership Award was a “testament to the steps Cuyahoga County has taken to consolidate 911 dispatch centers, which have been vital to regional collaboration with our local communities.”

Raleigh-Wake 911 is just one of four centers in the nation to earn:

In 2014 alone, Raleigh-Wake 911 took more than 860,000 calls, assisted in the delivery of seven babies, and provided countless CPR instructions in realtime that resulted in 11 cardiac saves.

The Fairfax County Department of Public Safety Communications (DPSC), also known as Fairfax County 911, is the largest dispatch center in the Commonwealth of Virginia and one of the ten largest in the United States. The emergency dispatchers of Fairfax County 911 receive approximately one million calls per year, dispatching units for the Fairfax County Police Department, the Fire and Rescue Department, and the Sheriff’s Office. DPSC is also the designated 911 public safety answering point for the towns of Herndon and Vienna and the City of Fairfax.

DPSC has received accreditation as a 911 Emergency Dispatch Communications Center of Excellence by the Virginia Department of Health, Office of Emergency Medical Services for four consecutive years. It has consistently received national recognition as a “best in class” agency for its training, technology, public safety telecommunications services, and protocols.

Even with all this, it is ultimately the dispatchers of DPSC that earned it its place on our list of top emergency call centers. Just a few of the awards given to its dispatchers during their annual Public Safety Telecommunicator Promotions and Awards Ceremony include:

This 911 dispatch center is just one of five in the United States to meet the International Academy of Emergency Dispatch’s rigorous accreditation criteria to achieve this prestigious recognition. Some of the points considered in Academy recognition include:

OnStar is recognized by the International Academies of Emergency Dispatch as a Medical Accredited Center of Excellence, an award given to just four percent of all 911 centers. It is the first non-emergency service provider and private company to receive this honor.

As of 2016, OnStar has received and responded to more than 2 million emergency service calls.

The ECC’s 68 employees answer emergency police, fire, and EMS calls, as well as non-emergency calls for more than 250,000 residents and the more than nine million tourists that visit the city each year.

The Durham ECC is also part of “Safe and Secure Community,” a strategic plan developed to ensure that 911 calls are answered in such a way as to reduce the occurrence and severity of crime.

Dispatchers of the LECC use specialized medial software to triage patients over the phone and dispatch the appropriate medical personnel.

The editorial staff here at 911DispatcherEDU.org chose to recognize these dispatch centers and public safety answering points (in no particular order) for their demonstrated ability to provide outstanding service under pressure. While we did consider factors like call volume and size of the service area and number of residents served, we were more interested in looking at other important factors that aren’t as easily quantified:

With a number of accrediting agencies and industry associations applying rigorous scrutiny in determining which centers were deserving of awards and accreditation, we looked to their findings to help us select the most distinguished emergency dispatch centers in the nation:

As the population in an area grows and new communications technologies develop, emergency dispatch centers are expected to increase staff, expand facilities and embrace new technology to ensure their continued ability to handle an ever-increasing call volume with the most effective tools available. In compiling our list, we considered such things as inter-agency collaboration, facility expansion and the level of priority the center places on making systems compliant with the latest technology, including text-to-911.